Shopping Cart
Your Cart is Empty
Quantity:
Subtotal
Taxes
Shipping
Total
There was an error with PayPalClick here to try again

Thank you for your business!You should be receiving an order confirmation from Paypal shortly.Exit Shopping Cart

My name is Dino Chemello, and I am creating this website for Starfire convertible enthusiasts. I will try to provide information, tips and pictures to help other Starfire owners in their restoration projects.

In 1963, GM of Canada only made 507 Starfire Convertibles. This is one of 5 known to exist. If you know of any other survivors, you can contact me at [email protected] This was last updated January 14, 2018. 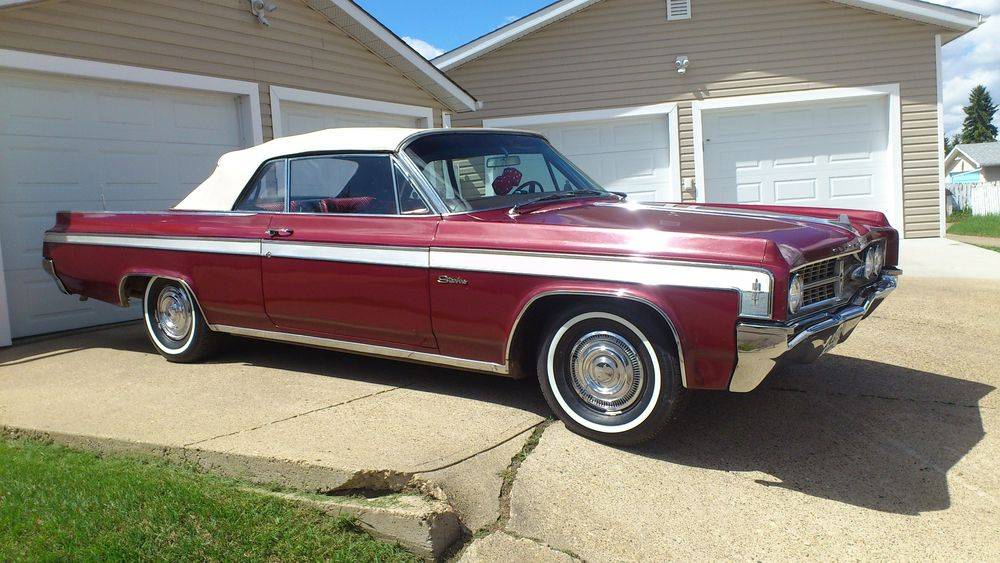 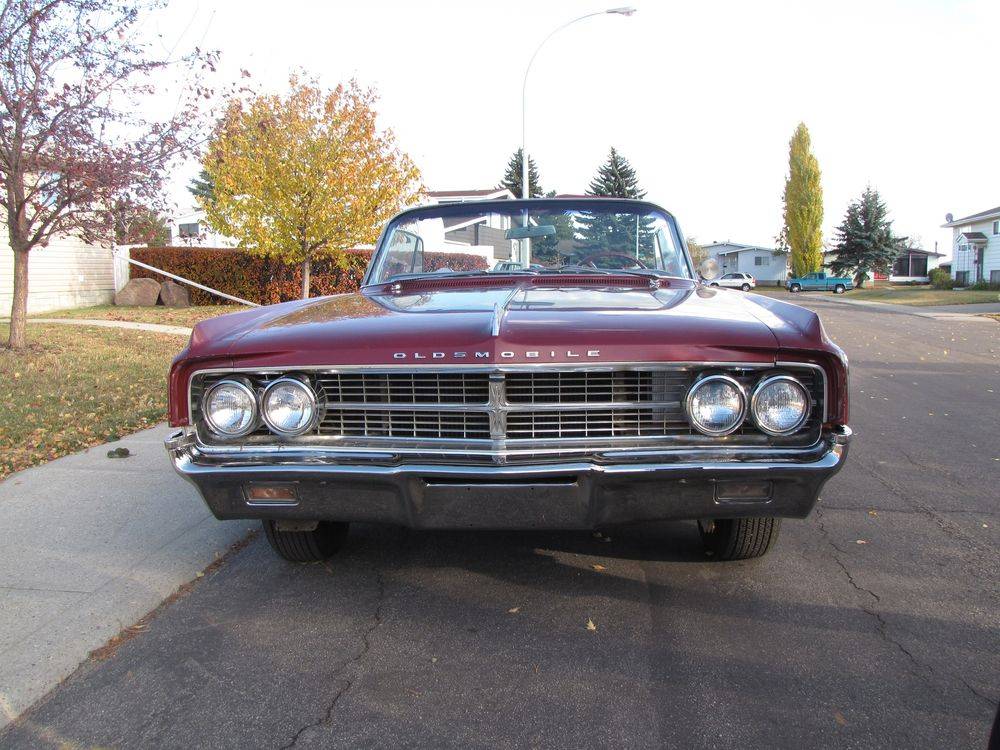 This car was purchased in the summer of 1963 from a dealership in Whitehorse,Yukon. John Fabris was a young man that was working up north and brought the car home to Edmonton. This car was unsual as it was assembled on December 28, 1962 and shipped on January 3,1963, not to a dealership, but to General Motors of Canada Ltd., Zone Product Stock in Regina Saskatchewan. From there who knows how it ended up in Whitehorse. John doesn't remember the dealerships name, but he does remember that he payed close to $7000 when he bought it. In 1965 he got married to Roberta with this car. In September, 1967 they drove this car to New York, put it on the ship, and they all went to Italy. They drove the Starfire around Italy for 6 months and boy did they get the looks. Nobody around there ever seen such a big and fancy car. They put it back on the ship to New York, and from New York, drove back to Edmonton. There is still some stickers on the drivers window from places along the way. (The picture to the left is John and Roberta sitting in the car.) They drove the car until the early 80's and by then it was rusting at the rear quarter panels and rear bumper.

They had the rear quarters fixed and painted and drove it a few times after that but little things kept going wrong. It was parked in their garage in 1985. I bought the house next to them in 1992 and I seen the car covered up and asked what was underneath the tarp. They told me it was a convertible and I said I wanted to see it. I have never seen a 1963 Starfire before so I took a picture of the interior because it was in such great shape. I asked them if it was for sale and they said no because they wanted to fix it up. No big deal as I had a 69 Cuda that had a 440 with a six pack that I drove around and raced. In 1998, I sold the Cuda and found a Duster like the one I had in high school that I was going to restore. The Duster sat while I accumulated parts and saving up money to build myself another garage so that Jeannine and I didn't have to park our vehicles outside during the winter. In 2010 I finally got my 24 x 26 shop built, (the other garage is 24 x 24) and that winter I wired and insulated it. I finally moved the Duster in the garage and Roberta asked me if I wanted the Starfire. I started to look into the Starfires and noticed that they were very rare as I never seen one at all the car shows that I go to in a year. We agreed to a price on September 9, 2011. That is Jeannine's birthday and she always said that for her 50th birthday she wanted a red convertible. Well that night we had a few people over and about 9 pm I got all the guys to push the car into my shop and give my wife her birthday present, the Starfire. She still laughs as the registration is under my name, not hers. So the next day, I pushed it out and the Starfire got its first wash in 25 years.

I finally moved the Duster in the garage and Roberta asked me if I wanted the Starfire. I started to look into the Starfires and noticed that they were very rare as I never seen one at all the car shows that I go to in a year. We agreed to a price on September 9, 2011. That is Jeannine's birthday and she always said that for her 50th birthday she wanted a red convertible. Well that night we had a few people over and about 9 pm I got all the guys to push the car into my shop and give my wife her birthday present, the Starfire. She still laughs as the registration is under my name, not hers. So the next day, I pushed it out and the Starfire got its first wash in 25 years. While I was washing the car I was taking notes of what was needed to get the car going. The interior was clean and I looked on the passenger side carpet by the heater core to see if antifreeze leaked on the carpet. It wasn't stained so I figured that before I started the car, for the first time in 25 years, I better put a pan there in case of a leak.

On the exterior, on the other hand needed some work. The front bumper was off the car, but was still wrapped up from when it was taken to one of their cousins chrome plating shop in 1995. The rear bumper was no where to be found. It had a few rust holes and a shop said they could weld the holes up. Well to make the story short, when the owners of the Starfire started to look for the rear bumper 16 years later when I asked what happened to it, everyone involved with the bumper remembered it, but no one knew where it was. I found a bumper at East West Auto in Tulsa OK. and Ivan and Roberta got it fixed and chromed for me.

On Monday, September 12, 2011, I took off the spark plugs and put some oil in the cylinders, and cranked the engine a few times. We put the spark plugs in and poured some fuel in the carburator and it started, first time in 25 years. We made sure it had oil pressure and got the car running not bad. I put the car in reverse and it moved and the brakes worked. I then put it in drive and again the car moved and stopped. Then I noticed antifreeze dripping in my pan I had inside under the heater core so I shut the car off and went back to my list of things wrong with the car. (First start pictures and holes in back window on right) 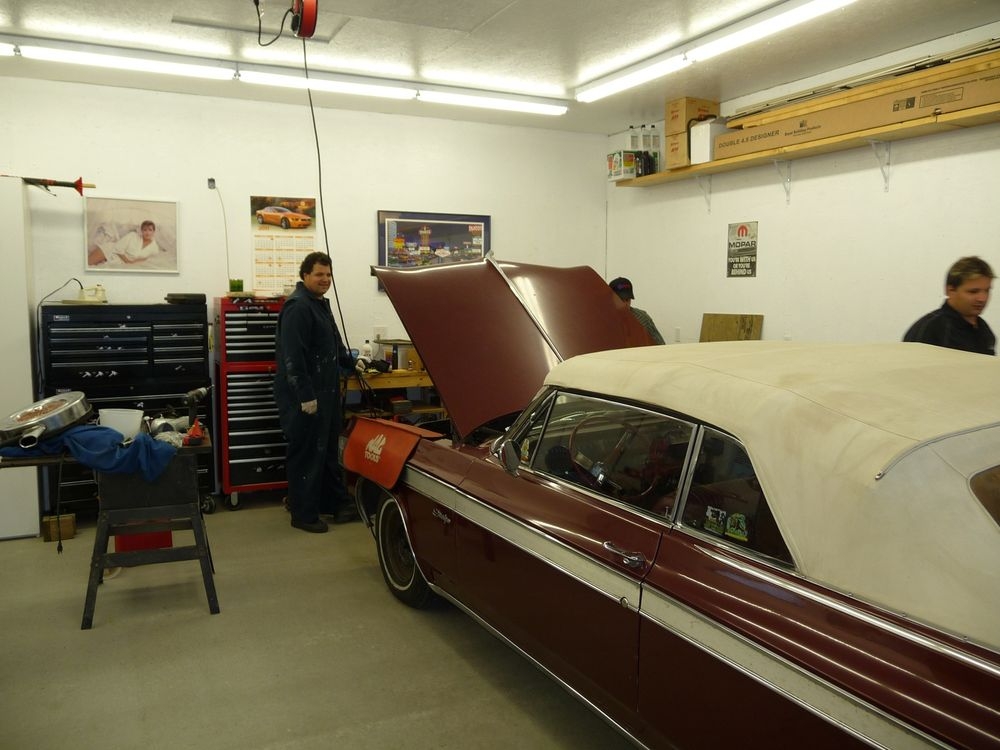 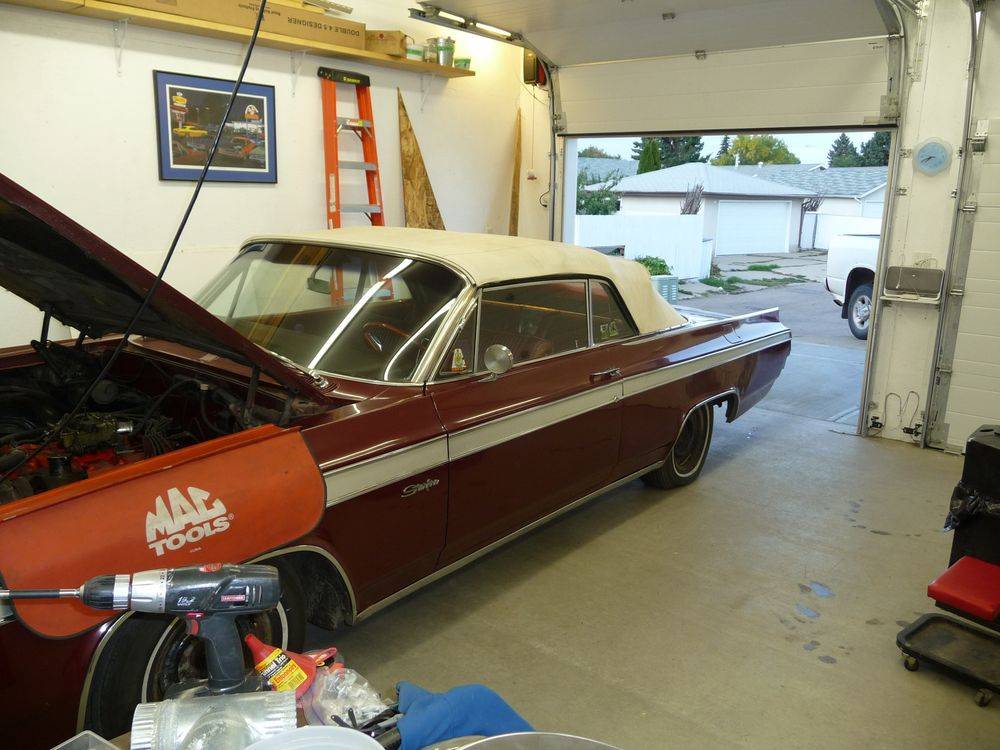 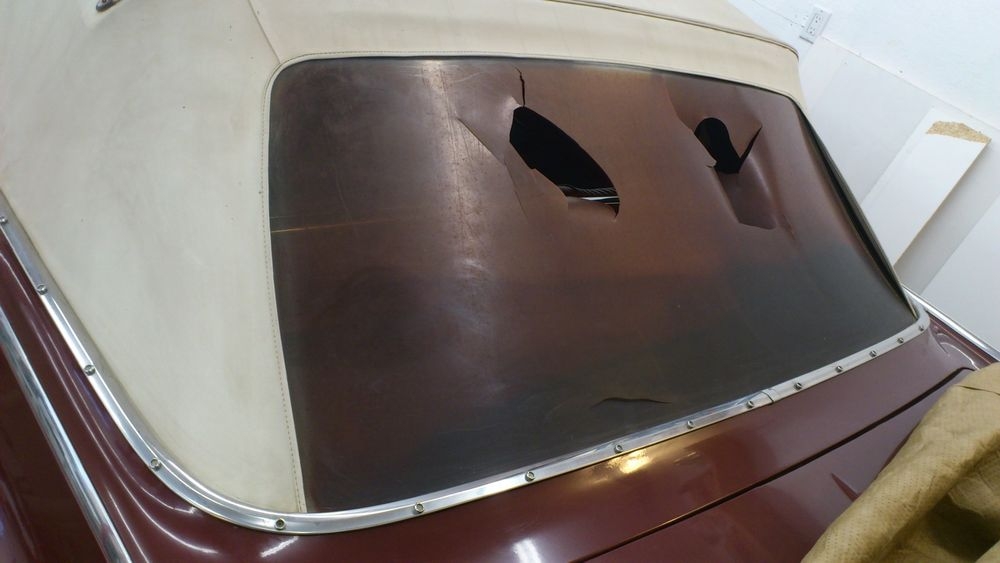 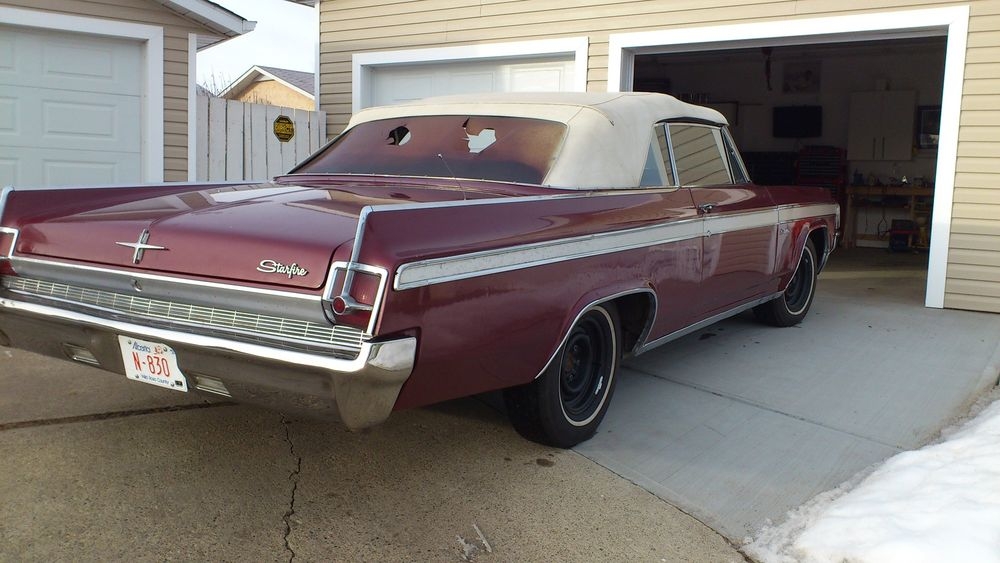 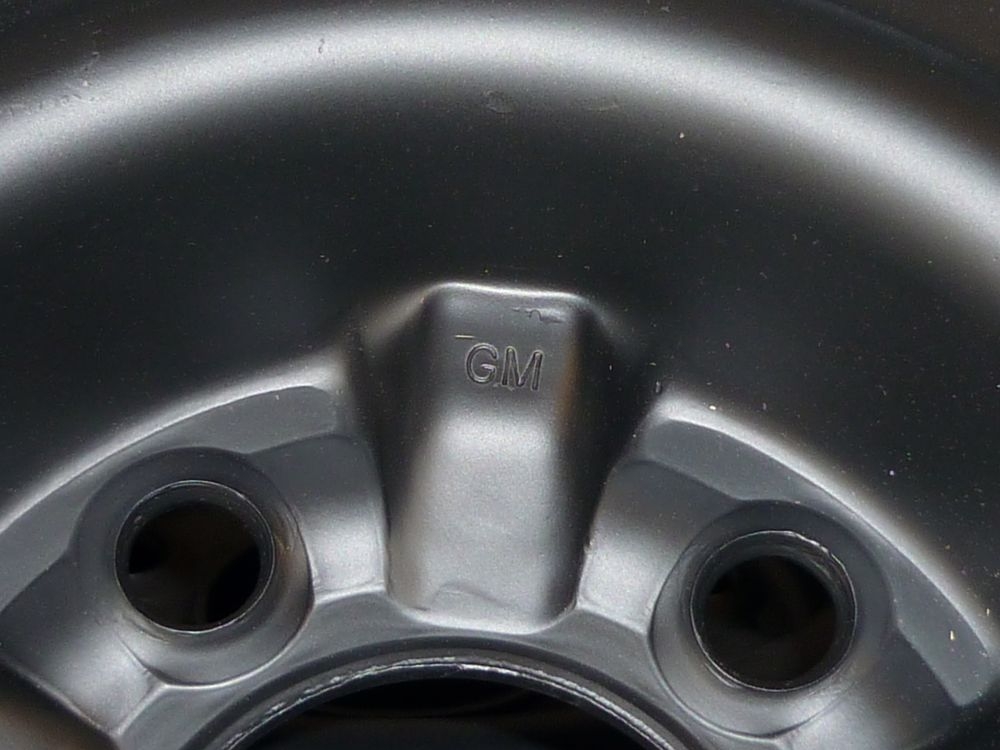 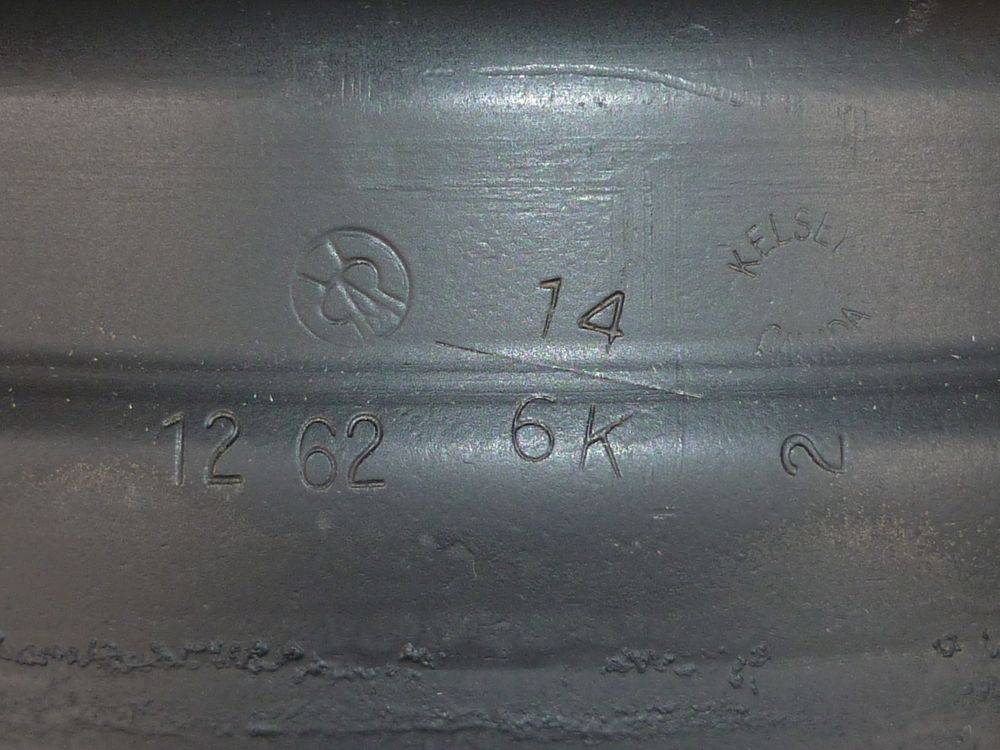 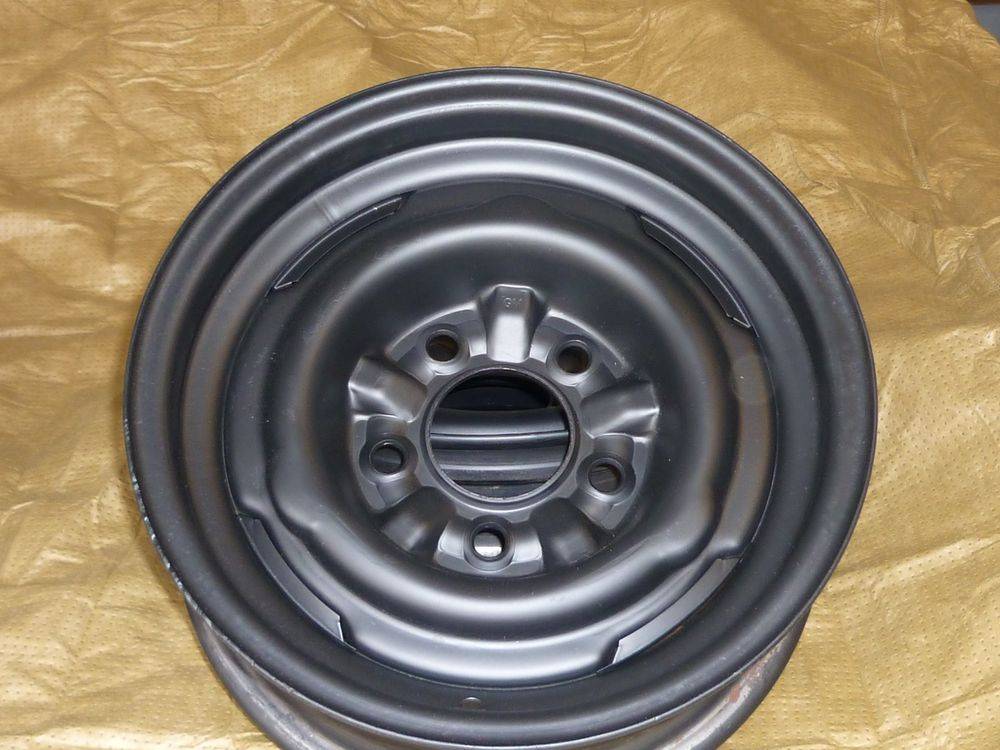 I also removed the radiator and sent the heater core and radiator to be recored at J.J. Hunters Radiator in Edmonton. In the radiator they put 4 cores with 228 tubes so I will not have any cooling problems. The heater core they had to reuse the ends and put a new core on the ends. 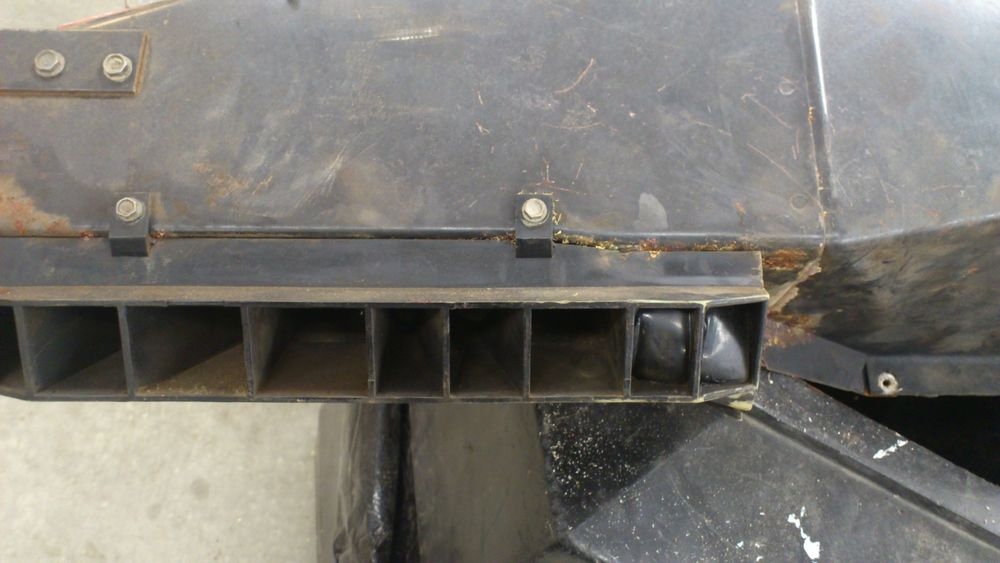 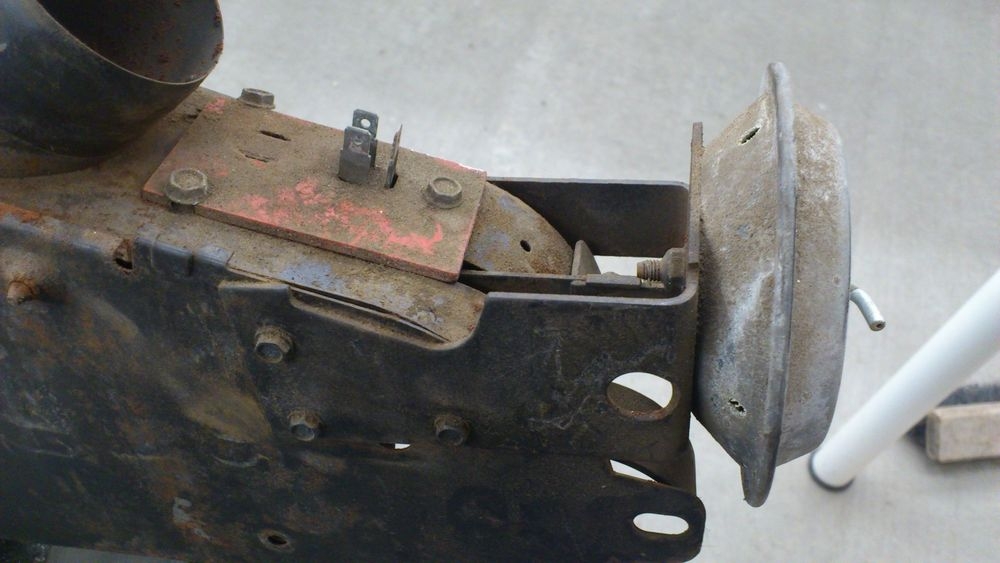 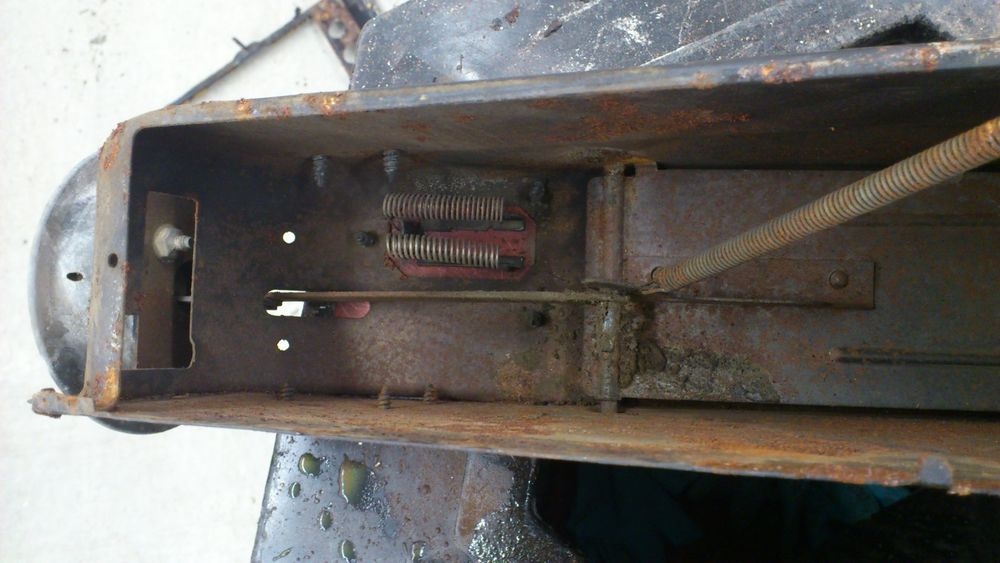 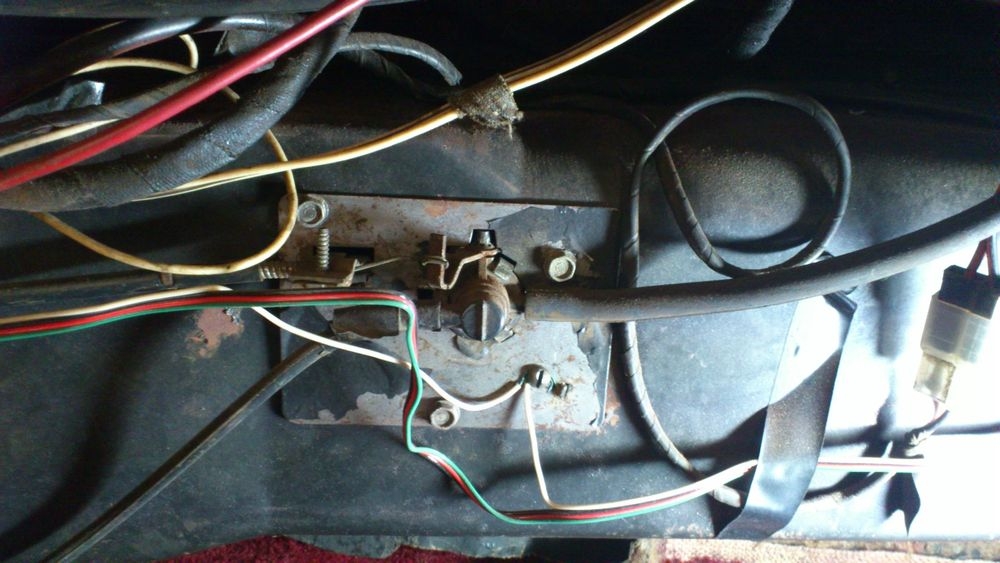 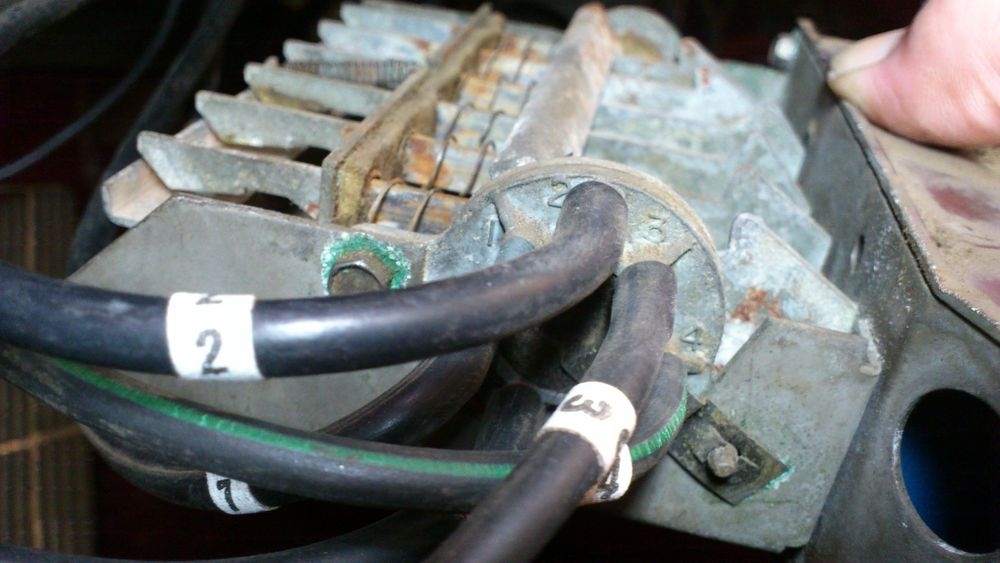 The pictures on the right is what the heater box looks like after the parts were glass bead blasted, painted and rebuilt. 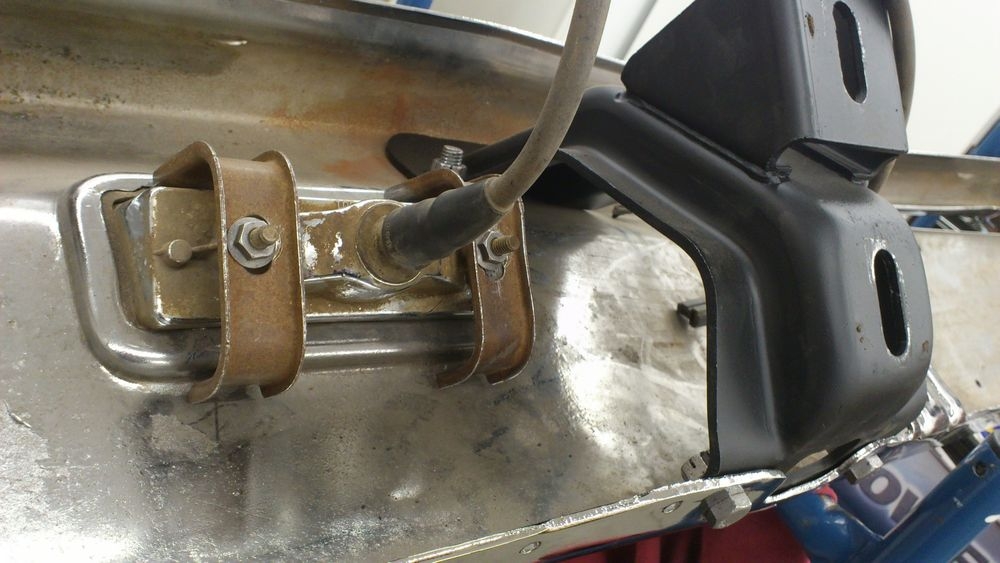 The rear window had tape covering the holes and the chrome holding the aluminum panels had tape holding it in place. When they had the car painted in the 80's, they put the wrong clips (plastic) on the car, when they wrecked the original fasteners, and riveted the plastic ones on. I put the correct ones on that I got from AMP Panels in Edmonton. The part # from Av-ve-co is 2744 for the moulding fasteners and part # 14873 for the nuts. (Pictures on the left). I drilled out the rivets and installed the chrome on the proper fasteners.

I took off the wheels and drums. Did you know that in 1963, the driver's side lug nuts are left hand thread? Good thing I noticed the LEFT on the lug nuts. There were no leaks and the hoses were fine. All the hoses and brakes were done before it was parked. so that was one thing off my list. I took off the tires from the rims, blasted them, and painted the rims and put the tires back on. The tires were new 25 years ago, but in 2013 I will change them so that I will feel safe when driving on the highway. This is the date code on the rims on the left. They are all original. 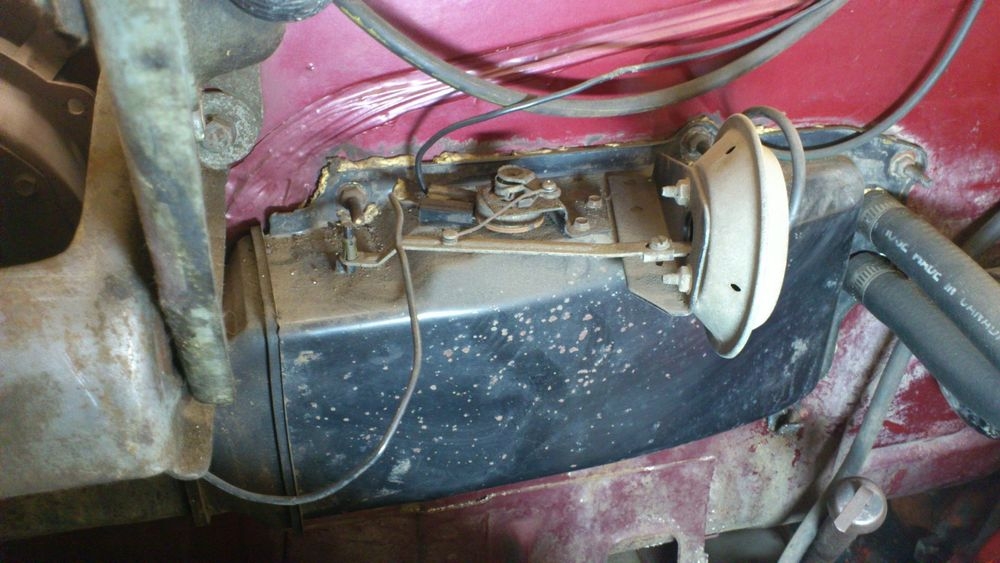 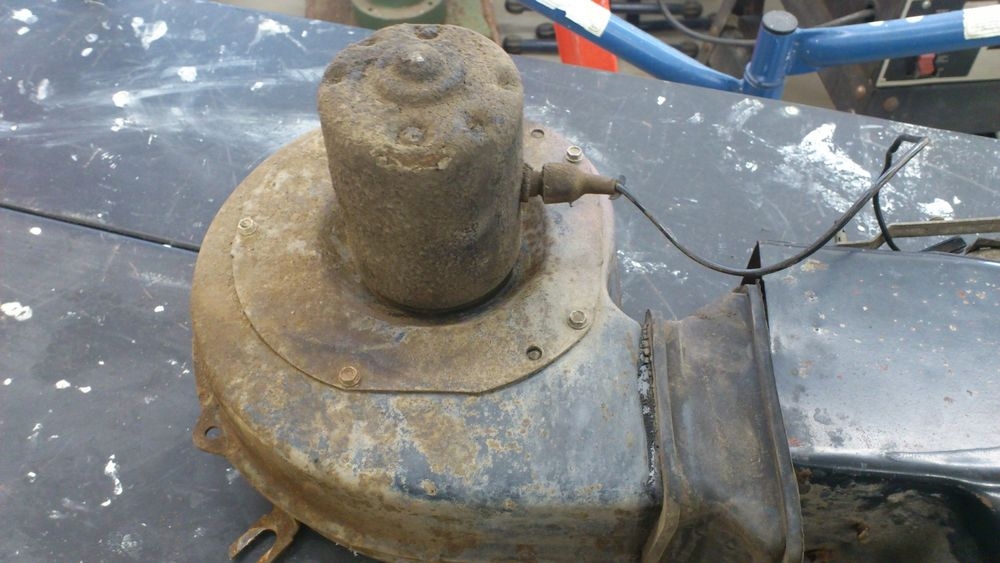 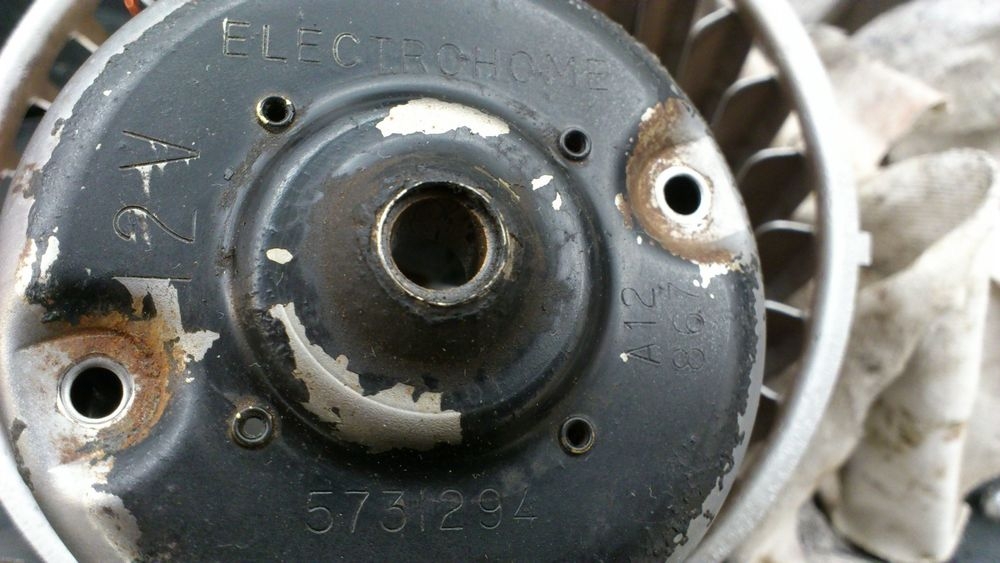 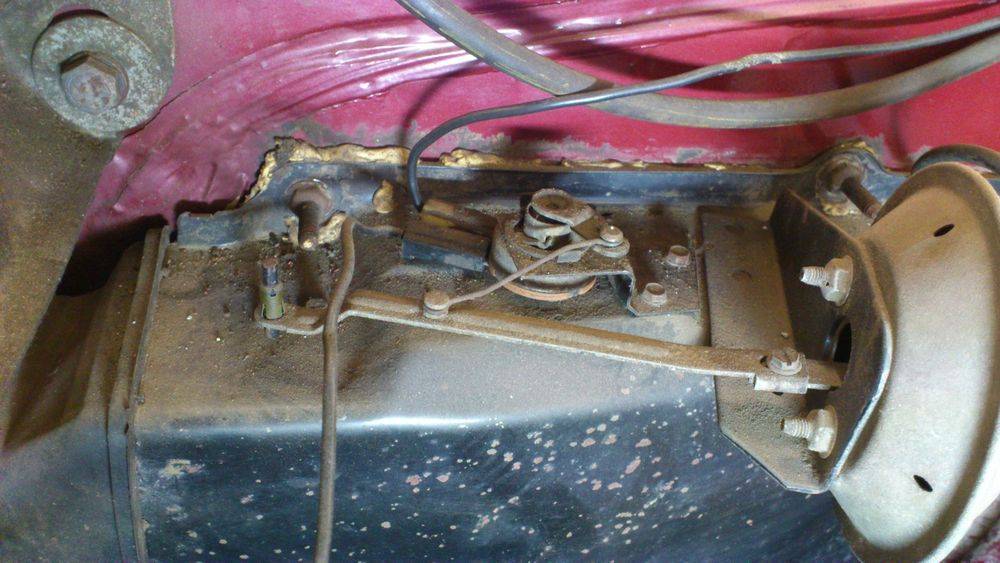 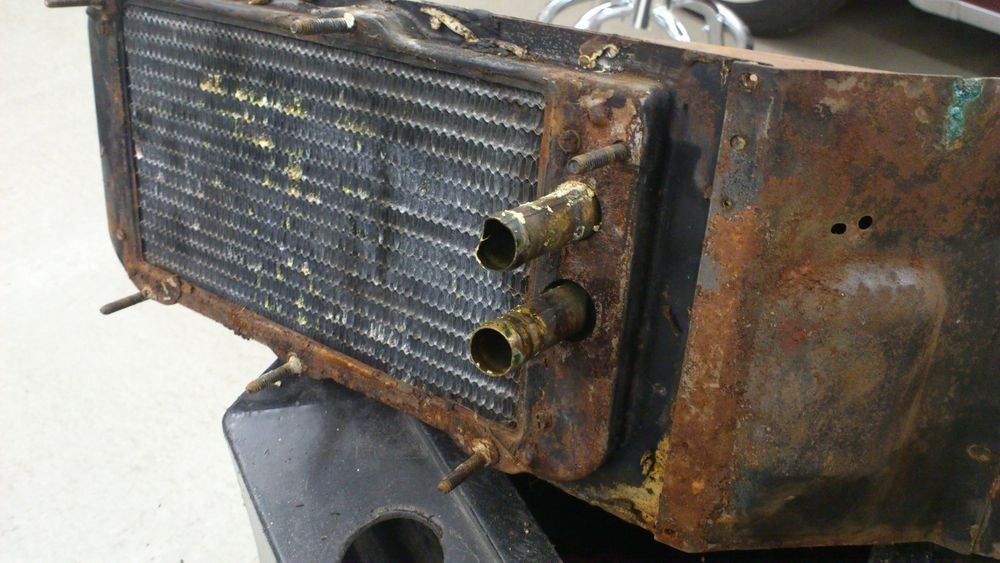 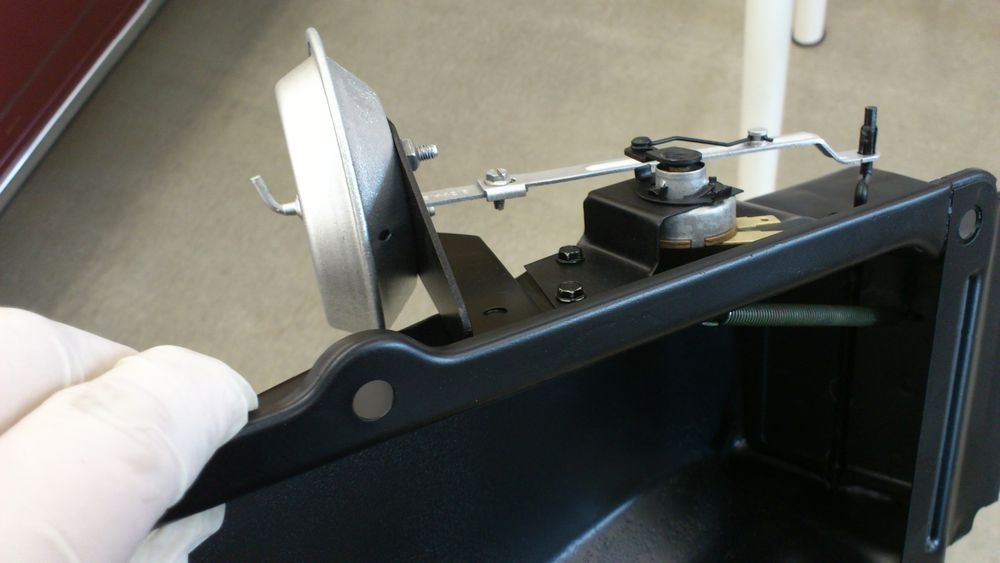 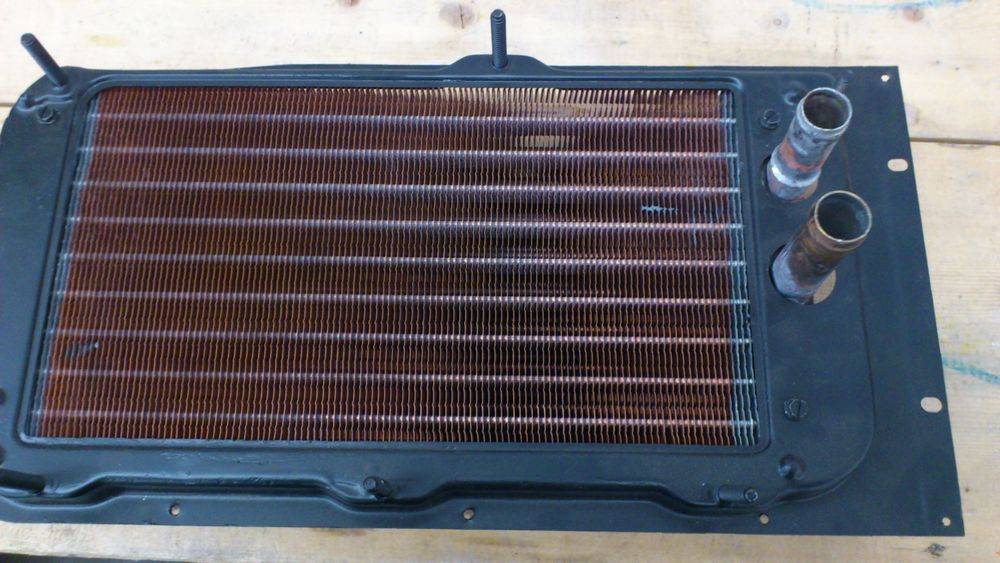 Next on the list was the bumpers. I had the front bumper and when I went to put it on it was missing the front brackets and no rubber bumper fillers. I ordered the bumper fillers from Fusick and found the bumper brackets from GM Sports in San Jose, California. When I got the brackets and bolts I blasted and painted them, installed the signal lights and installed the front bumper. I also installed the rear bumper and I didn't get any pictures of the rear bumper when I got it from East West Auto. It was in rough shape when I got it, but it looks good after Supreme Plating fixed it up. The pictures are on the left.